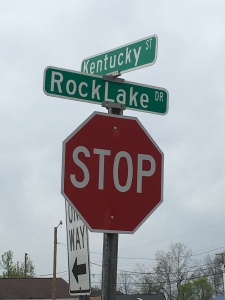 Even though I’m 45 years old, I still celebrate “firsts.” I am realizing that you’re never too old to celebrate a “first.” Each birthday is a first time experiencing that age and each time my children do something, that’s the first time I’ve experienced that thing through the eyes of a mother and not a bystander. But, there have been other “firsts,” as well.

At the ripe-old age of 33, Memorial Weekend 2005, I was heavily pregnant with my twins. Even though they weren’t due for another five months (and, in reality, came six weeks earlier than that), I felt the weight of the world on the small of my back. Tyler and I had just spent the weekend, our 10th anniversary, at my mother’s house in West Virginia. This was to be our last weekend there since I was close to the date I would have to stay home and my mother was two months away from moving, permanently, to Georgia.

Our last morning there, I woke up and waddled into the shower. And the reality of leaving this place, my childhood home, hit me. I began to cry. As I stood in that shower, I realized I would never again step foot in this house, that it would only ever exist in my memory, that I would never again be able to just casually walk through the front door and flop myself down on the couch. It wasn’t a great house, mind you. It was tiny and had its problems, but it was the house where I took my first steps, celebrated my birthdays, practiced piano, cried when my parents told me, “NO!” and laughed more often than I can count. The evening after my father’s death, I sat at the table, too tired to eat. I stared at the food in front of me and wondered if I would ever laugh again and I knew if I ate the salad sitting there, I would vomit. And, yet, it was just one day after his funeral that I sat at that same table, with a slice of chocolate cake, a Coke, and my cousin and aunt, laughing so hard over a stupid Trivial Pursuit question that I couldn’t catch my breath. That house saw me through so much and I knew that after this day, it would never again be “my” house.

Tyler and my mother rushed in to see what was wrong. They thought I was hurt or in early labor. “No,” I sobbed, “I’m just crying over a stupid house!”

Thirteen months later, I did step back into my old house. It had been sold and the new owners had redecorated. As I carried Heath, they allowed me inside and I don’t remember too much except that the smell was the same and my bedroom was now an office. Where there now sat a desk, I could still see my hot pink walls and my green shag carpet, my stuffed animals and my white bed. In a daze, I quickly walked through, thanking them profusely and hastily leaving. It was too painful. 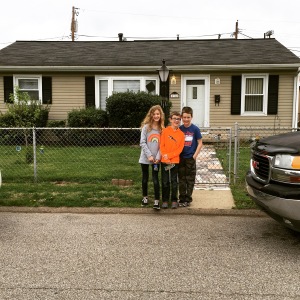 Last week, I loaded my children up in our minivan and drove eight hours north to visit my home state. I’ve now lived in Georgia for longer than I ever lived in West Virginia, but I still consider myself more hillbilly than peach. As I drove down those well-worn streets and through the neighborhoods of my youth, not much had changed. The paint is peeling a bit more than before and the streets are bit more bumpy, but it’s nearly identical. And as I pulled up to the intersection of Kentucky Street and Rock Lake Drive, I realized another first. If my life could be summed up in a graph, this house, its address, near this intersection, would be coordinates 0, 0, 0. This was my beginning and my children were seeing it for the first time.

I’m very much a realist. I quite like to slip into my imagination from time to time, but I understand, quite clearly, that my graph will someday have an end set of coordinates. Where those will be, I have no idea. But, I do know that 5312 Kentucky Street, South Charleston, West Virginia, will always be my home, no matter who holds the deed. It’s as much a part of me as my current home. And those memories will live on and can never be taken away. Someday, my children will pull up to this house in Woodstock to show their own children where they grew up. They will cry a few tears of remembrance just as I did last week. Their children will wonder why this house means so much, but they will understand when they take their own children to see where their coordinates began. My children’s firsts fill me with joy and heartache and I hope when they come back to this home of ours on Wellesley Crest Drive, that their memories of it will be as happy as mine are of Kentucky and Rock Lake.

This site uses Akismet to reduce spam. Learn how your comment data is processed.

I wish I was Wonder Woman, but I'm actually a wife, mother of three, author, paranormal investigator, and a stay-at-home astronaut. When I'm not terrorizing the Bible Belt PTA with my purple hair and "Hail Satan" shirt, you can find me at home, binge-watching "Charlie's Angels."